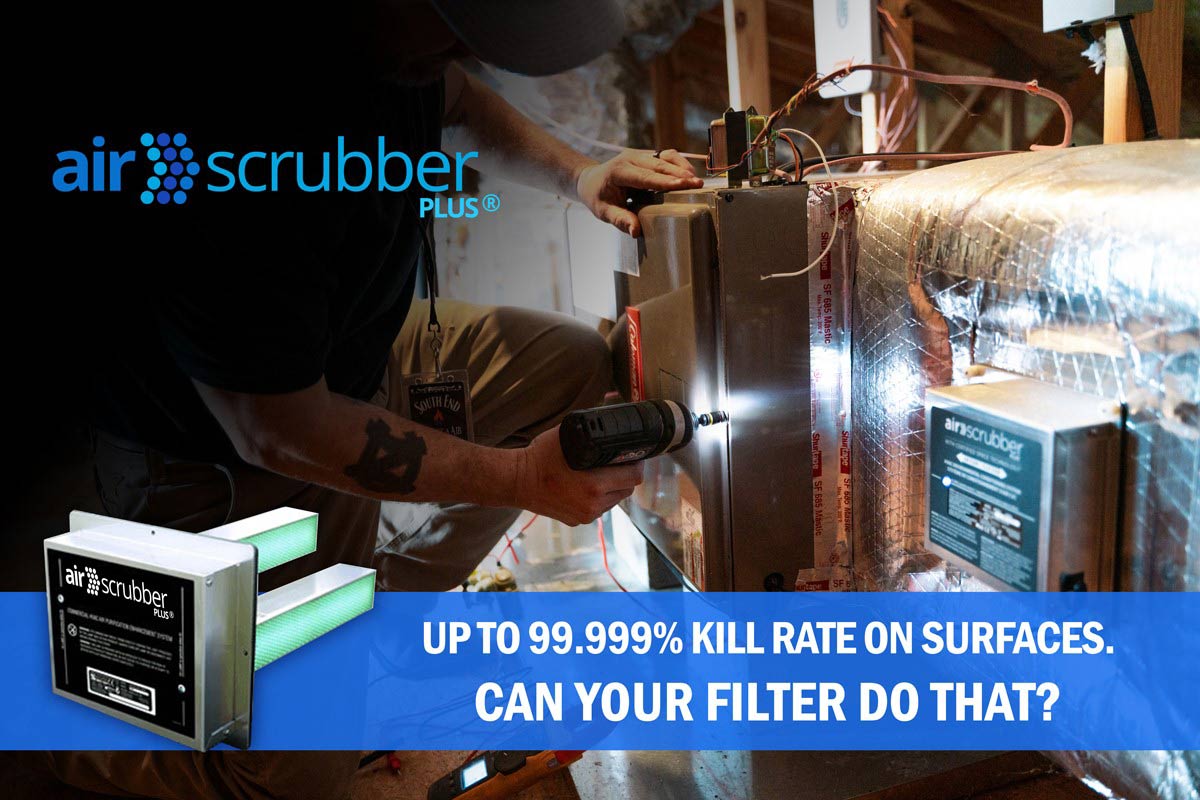 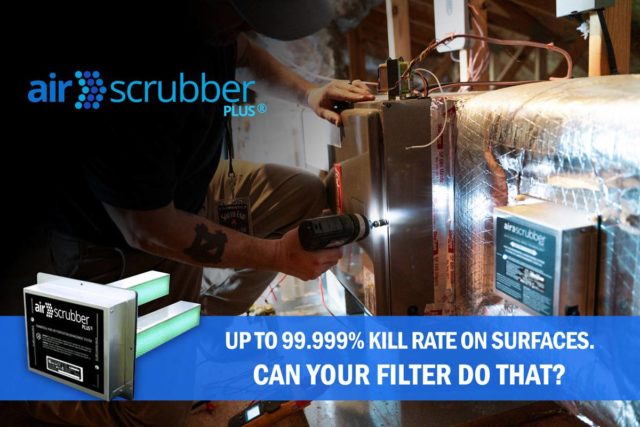 Whole Home Air Purifier – The Air Scrubber by Aerus
There is a dizzying array of products on the market that promise to clean your air. Like most consumers you may upgrade your replaceable air filters or run a small hepa filter in a room to mitigate pet dander, and normal dust. But what about whole home systems? Do they work and which ones work best?

Being in the industry we’ve researched and tried a lot, and one company stands out. Aerus is an American company that holds several patents on their technology as well as has contracts with many hospital systems and NASA. Because of these patents and contracts, Aerus has very strict guidelines on resellers. We are proud to be licensed to sell and install their series of Air Scrubbers. There are a number of reviews online as well as articles and PDFs. Their information on the Aerus site is also extensive.

The Technology
Without getting into too much of the details we’ll cover what makes their ActivePure Technology different. In the air in our homes there are many air pollutants such as allergens, mold, VOCs, bacteria, viruses, and pet dander. Quality replaceable air filters can trap a good part of the larger particles in the air such as dust and mold. But recently there’s been a large public awareness about concerns of bacteria and viruses in the air. This classification of particulates are of a smaller micron making them harder to be filtered. You may have heard of ionization which is a chemical process that charges ions in the air to bond with odor forming particulates to cause them to drop to the ground. ActivePure uses this as well as another chemical process that produces Hydrogen and Oxygen that actually kills 99.9% of bacteria and viruses. The Air Scrubber series also uses UV lights which helps to eliminate harmful viruses and bacteria. Inside the Air Scrubber’s chamber is a honeycomb matrix which maximizes surface area as the air passes through. This system uses your existing air handler to force the air to be scrubbed. When your air is running this is running, it’s as simple as that.

Call today and ask to speak to Eddie for a FREE Quote 704-684-5339. He’ll tell you first hand about his experiences with the products as him and many of his friends and family has it installed in their own homes.