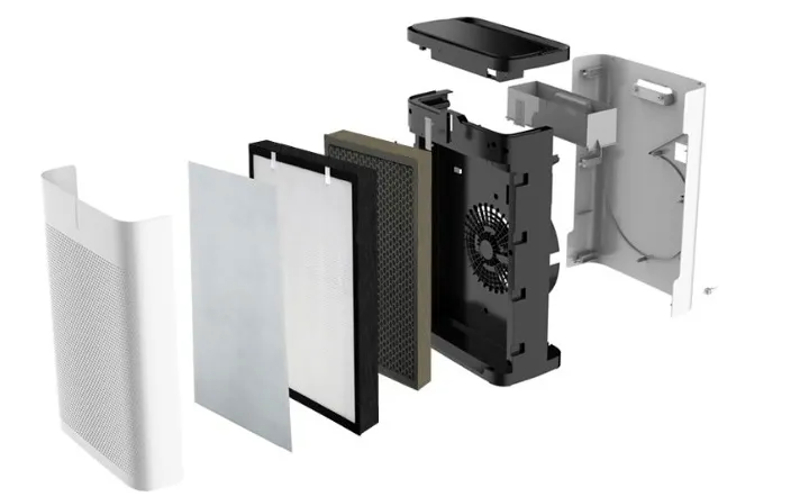 You might think about air quality, outdoors and indoors. At home, or anywhere else you’re usually spending a lot of time, airborne particles and contaminants can result in poor indoor air quality. If you’re in an environment with dust, allergens, toxins, germs or worse, this can impact the health of you and your family. People with allergens, asthma or other breathing circumstances might have heard about plasma ionizers for indoor air quality. What does a plasma ionizer do?

Ionizers emit negative ions and this removes some particulates and airborne contaminants. Using an plasma ionizer can alleviate some problems and improve air quality. It’s important to know what this device can and can’t do, plus some of the potential negatives in putting one in your home. There are some benefits and some drawbacks to consider.

What’s a Plasma Ionizer Do?

A plasma ionizer puts negative ions into the air. In this prospective case, into the air in your house. Negative ions will attach to particles in the air, such as particulates, tobacco smoke, bacteria and more. Now, all the particles with negative charges will clump together, become heavier, and fall onto surfaces. There, they can be cleaned up. A vacuum with a HEPA filter is a good choice for cleaning. The clumped molecules will collect on walls, floors, tabletops, curtains, carpets, basically everywhere.

Most plasma ionizers are entirely safe. There is no health risk. The negative ions an ionizer emits are clean and safe.

Some confusion comes in with ozone generators. A high level of ozone in any environment, especially indoors, is a potential health risk.

Deliberately, the majority of ionizers create negatively charged ions and put them into the air as a means to clean and disinfect it. Some ionic air purifiers operate in a different way, by bringing air in with a fan and filtering contaminants on metal plates or collection rods.

This is a different technique of air purification than a HEPA air purifier which uses a fan to bring air inside the unit and a dense filter to collect the airborne toxins prior to pushing fresh air back into an indoor space.

Being curious about the health consequences of ionic air purifiers and negative ions is understandable. It could be a concern if negative ions are safe to constantly breathe in. There is no risk in breathing in negative ions. Negative ions are all around us naturally. In nature, natural power sources such as sunlight, lightning and waterfalls create ionization. Negative ions have been known as capable of helping energy and mental health in people for a long time.

Does a Plasma Ionizer Kill Viruses?

In 2018, a study found negative ions can stop viruses from growing. In 2020, another study found ozone, which can be produced by some ionizers, inactivates viruses.

A high level of ozone in any environment, especially indoors, is a potential health risk. If you have an ionizer or plasma ionizer with ozone production, it’s very important to control the level of ozone. Ozone is a colorless gas formed when ions charge particles. It kills viruses by destroying their genes and membranes.

During the COVID-19 pandemic, people have been using ionizers in homes, workplaces and restaurants. This improves indoor air quality. Is it working against SARS COV 2? According to the 2020 scientific study, ozone has been effective fighting other SARS viruses. More research is needed to know its effects or benefits on SARS COV 2.

Negatives of a Plasma Ionizer

While there are possible benefits of using a plasma ionizer, there are some drawbacks or considerations to know, too. Keep these factors in mind.

Plasma ionizers do not remove large particulates from the air. This includes dust, dander and pollen. So some of the main triggers or causes of allergies or asthma won’t be helped with an ionizer alone.

Ionizers might help against a lot of odors, but they do not actually destroy or eliminate the gases and odors, including volatile organic compounds. VOCs come from products such as fumes, paints, cleaning supplies and makeup. They are considered indoor air pollutants and can cause health problems and symptoms. Ionizers will not reduce VOCs in your air.

At South End Heating and Air we specialize in HVAC and furnace repair, call us for a free consult and free estimate. We’ll evaluate your system and help make recommendations for optimum value. After all, we want to keep you cool all summer long and warm in the winter. Just schedule a visit with one of our technicians to talk about how we can help with your heating needs. Would you like to learn more options our techs can help you with? Give us a call 704-684-5339.

previous
What Can Cause Your AC to Never Shut Off?
next
What Does an Air Quality Monitor Detect?