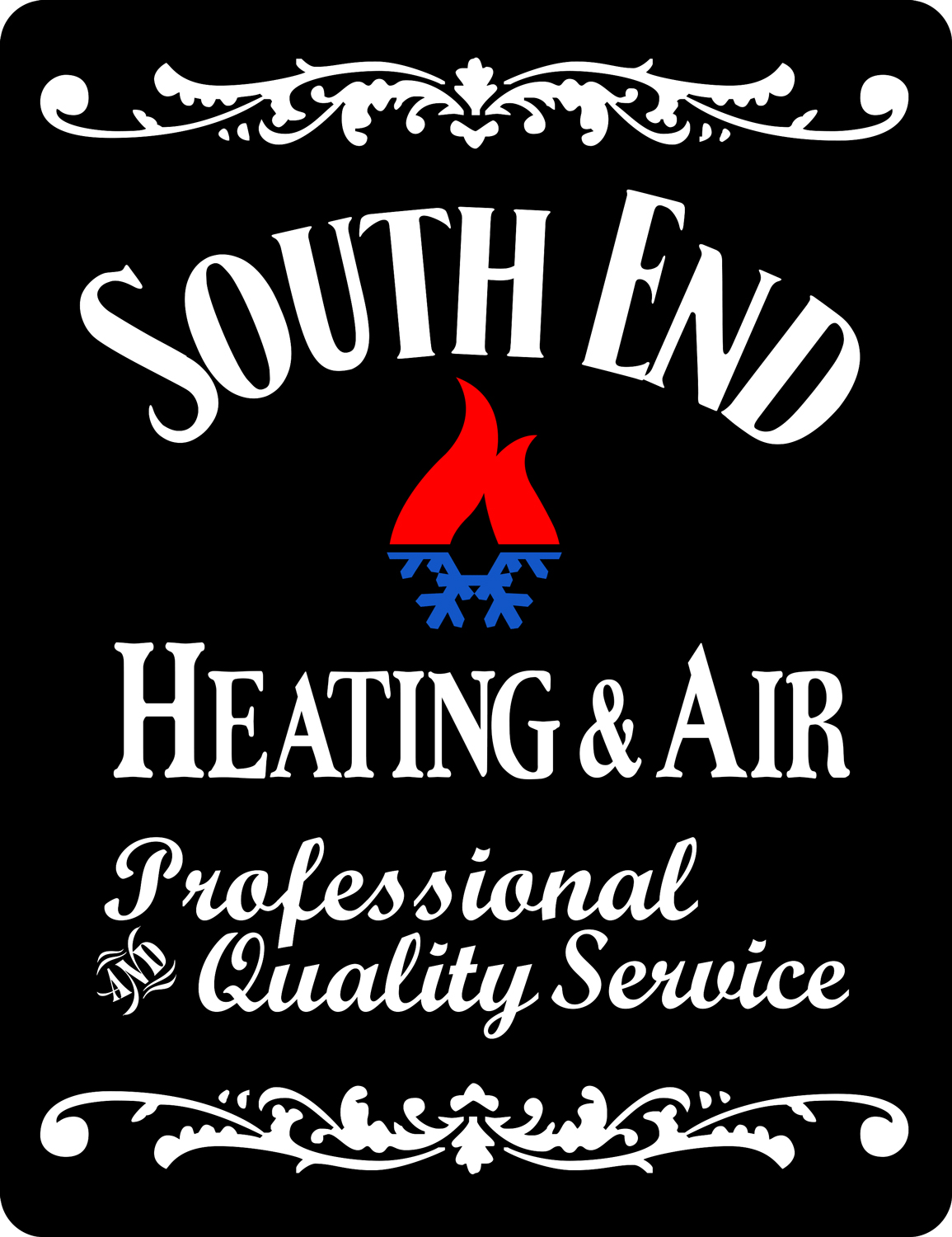 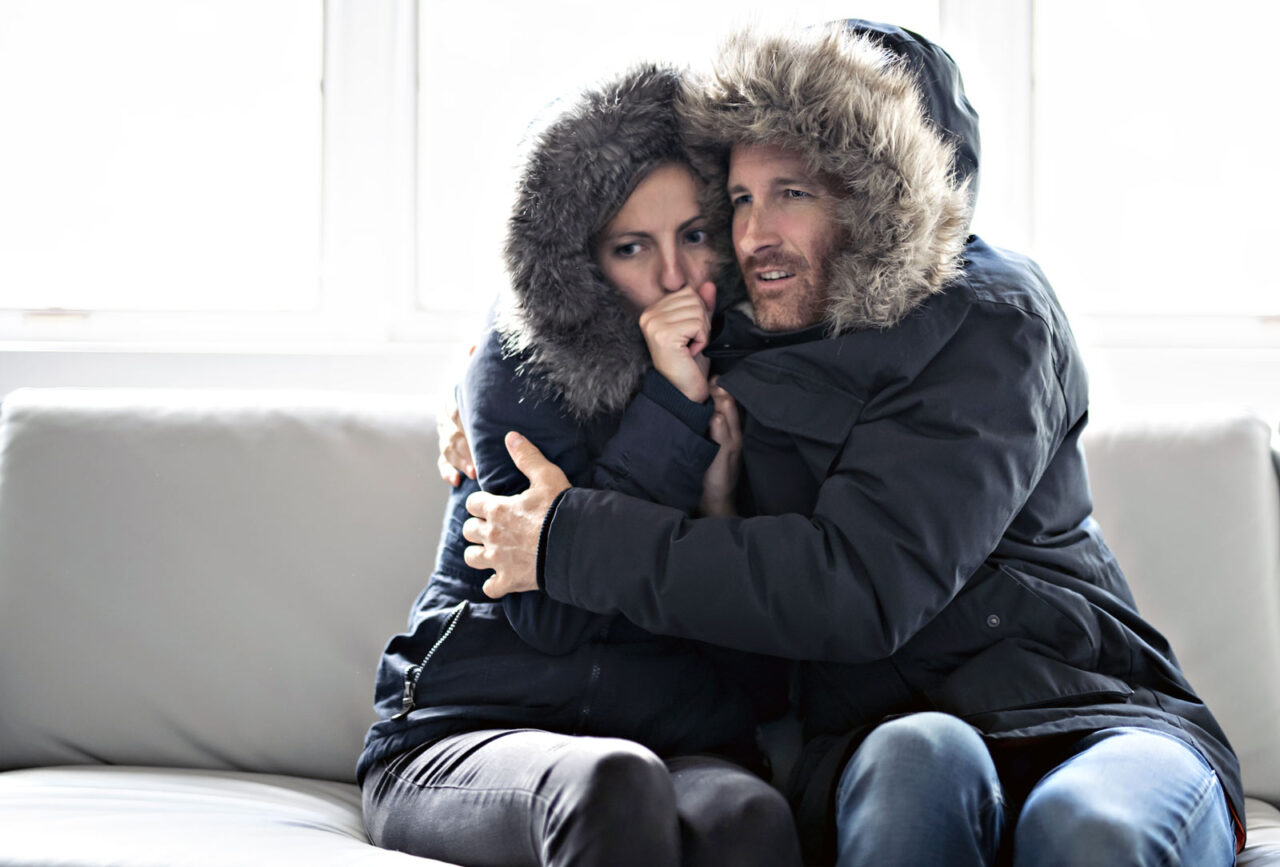 Is Your HVAC or Furnace Blowing Cold Air?

4 Fixes Could Be More Simple Than You Think. 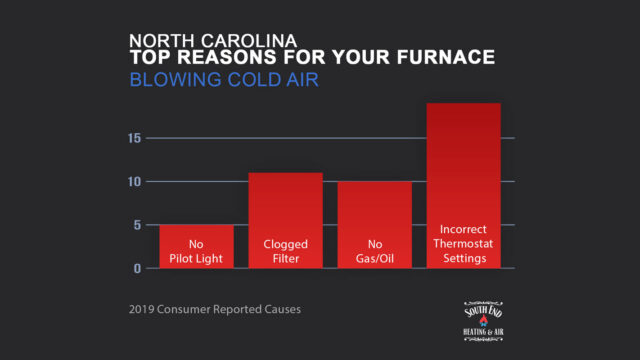 A chart of reasons your heat may be blowing cold air from least likely to most likely.

Imagine this, you’re coming in from a cold winter eve after having dinner out or doing some light shopping only to realize that your house feels a little more chilly than you think it should. After looking at the thermostat temp you quickly put your hand up to the vent to feel cold air coming out. It’s the first tale tell sign that you’re heating system isn’t working like it should. You race to google to find out what you should do before calling an HVAC technician. Could there be a “fix” that you, armed with the right information, could remedy the problem on your own? You may be surprised at how simple and common some of these 4 fixes could be. Also remember, if you ever smell gas in your home be sure to open windows and exit the home to call your gas company to have the problem investigated.

#1. Your Thermostat could be on an incorrect setting.

Is it really that easy? something could be on a wrong setting that makes your heat never turn on in the first place? Yes, during the months of October and November it’s very common to have your system’s thermostat settings be set to cool rather than heat. In the Charlotte NC and Piedmont area it’s common to have temperature swings in the low 40’s with highs in the mid 70’s. This means during the day you may be switching from heat to AC. It’s also common to have two thermostats that someone else has adjusted in another room that’s keeping the heat from coming on. Lastly, in some cases you may need to wait just a few minutes (5-10 mins) for your furnace to get up to temperature.

#2. Your air return filters could be too dirty.

Your HVAC system requires a certain level of air flow, that means when air blows out – air has to be sucked in. This air being sucked in has to pass through your return filters. It’s very common for these to get more dirty to the point they are clogged during season changes. This is because you’re moving things around your house potentially like swapping from summer to winter clothes in your closet, or maybe you recently moved, or you could have moved a family member either in or out of the house. All of these actions create dust that gets trapped on your filters. During the winter time people sometimes keep pets inside more, which can also add to a filter becoming too dirty more rapidly.

People always laugh at this one, but it’s common for some to not know what type of fuel their HVAC system uses. Many people have lived or rented previously where they had a Heat Pump, which runs off of electricity. Then they move to a home or condo that heats with gas and they had no idea they need to have utilities for that put in their name to supply gas to their furnace. We’ve seen this happen many times with family members that are staying in homes that have never been rented, so there’s not a routine to inform those moving in. If they moved in during warmer months then it’s quite common for it to get overlooked.

#4. You could have a pilot light that went out.

Most modern furnaces will have an electronic system that will light the gas with an electrical spark. If you have one of these and it’s not coming on then it may be time to give us a call for repair. Still, some older systems may have a pilot light that burns a small flame on standby when the main burners aren’t on. If you do have one of these systems you’ll want to follow your manufacturers guidelines to light the pilot light. With most furnaces there are safety sensors that detect if there’s a problem like a thermocouple. But if you’re not familiar it’s going to be best to call a professional.

previous
TOP 3 Reasons Your Furnace Cycles On and Off Often
next
HVAC Replacement vs. Repair - 5 Signs It May Be Time to Have Another HVAC Installation