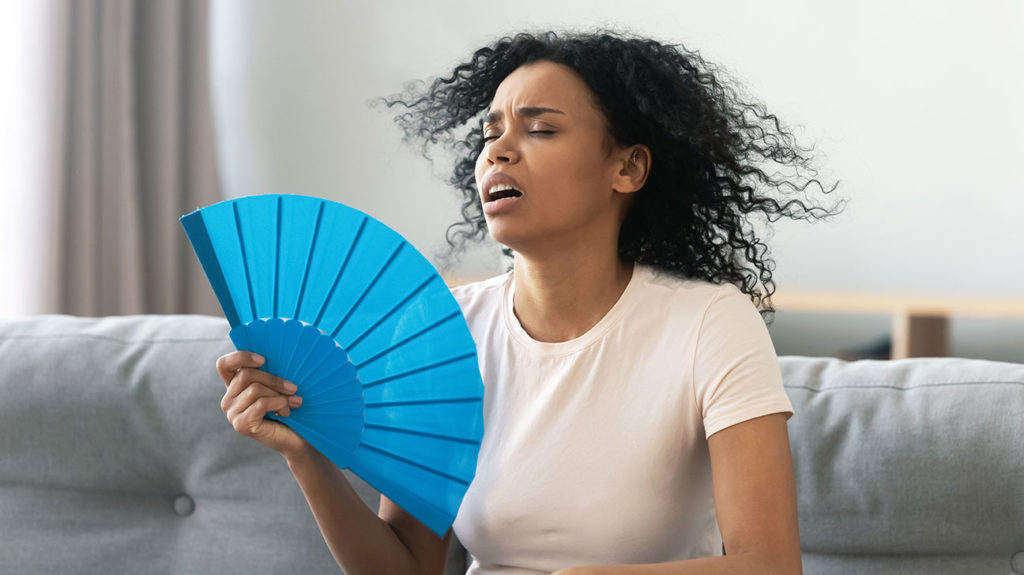 The Benefits of Variable Speed Components in Air Conditioning

Read along and we’ll give you the complete low down on this topic.

Most homes with AC use a single stage compressor. Though past their prime now, these compressors were the standard for decades, and they continue to represent the majority of AC units we service in the Charlotte, North Carolina area.

A single stage AC compressor cycles on when indoor temps exceed the temperature setting on your thermostat. For example, if you set the thermostat to 72 degrees, the air conditioner will run anytime indoor temperatures hit 73 degrees or above. After the AC cools the house back to 72 degrees and the compressor will turn off again.

Note that single stage compressors always operate at 100% capacity. They run at full blast and cycle on and off all throughout the day.

Whether single-stage, dual stage, or variable speed, our technicians can help you select the right system.

So How Does a Variable Speed AC System Work?

Variable speed AC compressors work differently. To maintain an indoor temperature that matches the setting on your thermostat, they operate continuously at less than 100% speed – often as low as 25% or 30% capacity. This in turn makes them run for much longer cycles than single stage AC units. In the most hottest months of the summer season they may run all day!

So in contrast here are the major differences in compressors:

Where Does a Dual Stage (2 Stage) Fit In?

A dual stage or 2 stage compressor fits somewhere between single stage and variable speed units in terms of how it functions. Though it doesn’t operate at a range of minor increments of capacities like a variable speed unit, it does vary its output level.

A dual stage unit runs at full capacity when you need it to and at a lower level when you don’t. Dual stage units don’t run as continuously as a variable speed AC, but they do cycle on and off less frequently than single stage systems. This allows their efficiency and achieve comfort level to be noticeably higher.

How Does a Variable Speed Compressor Achieve Greater Efficiency?

So you may be wondering with the heat, why you would want an air conditioner that takes longer to bring the temperature down in your home and has to run continuous?

One of the major benefits is a variable speed compressor’s longer run times dehumidify your home more effectively than the relatively shorter cycles of a single stage unit. One of the biggest drawbacks with single stage compressors is that they’re not running continuously. Humidity raises whenever the AC isn’t running, making you feel hotter and more uncomfortable. This feeling is especially noticeable when an air conditioner is oversized, as they often are. This is sometimes referred to as “short cycling”.

Some home owners may compensate with this problem by lowering the temperature on their thermostat, which brings us to the other benefit of variable speed units: cost.

A single stage compressor floods your home with cool air before it turns itself off. Then it starts again when the indoor temperature increases. Most of your air conditioner’s current draw occurs when it first cycles on, not while it’s running. In summer months when a single stage compressor turns on and off a lot, a process known as “short cycling.”

With knowing a stage compressors tends to short cycle, they usually draw more electricity than a variable speed unit that turns on and stays on (at a low speed) for hours. As a result, the single stage AC is less cost effective to operate!

A comparison of all three types:

You guessed it, more efficient cooling and lower energy costs aren’t the only benefits of a variable speed compressor.

If you’re worried about indoor air quality, opting for a two stage or variable speed unit can help clean the air circulating around your home, resulting in less airborne particulates for you and your family to breath. Since they dehumidify indoor air more effectively than a single stage unit, a more efficient system helps you:

And since variable speed units run more frequently, they also filter your indoor air better. Air is more often cycled through your return ducts – and your air filters – thus lowering the volume of air contaminants. Variable speed units are also quieter than single stage compressors. If you’re used to cool air gushing into your home like a sudden gust of wind, you’ll probably be surprised by the variable speed unit’s more mellow, consistent air flow.

Should You Upgrade to a Variable Speed AC?

Of course now that you understand the differences among single stage, dual stage, and variable speed compressors, you may be wondering if it’s time to upgrade. Before you rush out and do that, here are two things to keep in mind:

But don’t fret, there still might be ways to lower humidity, improve indoor air quality, and improve perceived comfort without purchasing a dual stage or variable speed compressor. Here’s what we always recommend to our clients:

If you’re weighing the options of different system types, give us a call. We’ll evaluate your system and help make recommendations for purchase. After all, we want to keep you cool all summer long. Just schedule a visit with one of our technicians to talk about how we can help with your air conditioning needs. Would you like to learn more options? Our techs can help you out. Give us a call 704-684-5339

previous
Pests That Can Damage Your HVAC System
next
Should I Have The Fan On My Thermostat Set to On or Auto?